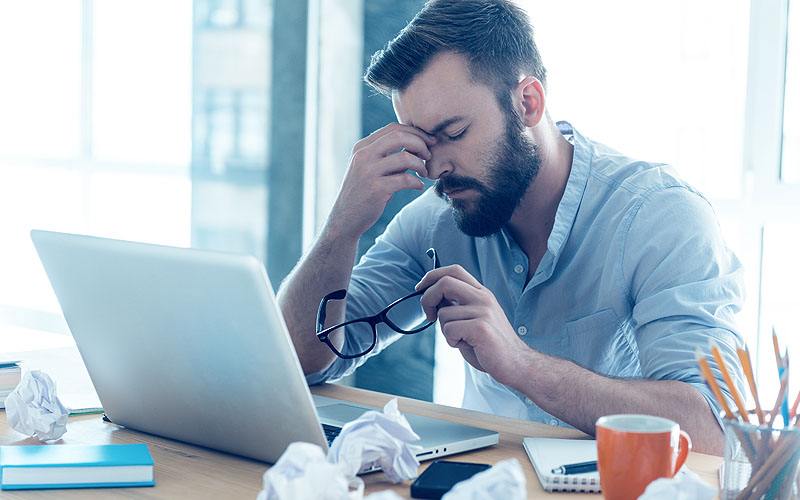 05 Apr Troubled by Technology or So it seems…

Anmol, was a fast paced guy. A highly successful entrepreneur in his late 30s, he had transformed his family business into a business to reckon with. Within a decade of his active involvement in the business, he enabled the Organization to a 4-5 fold jump, but more importantly, transformed his company from a domestic business entity to an Indian International Company. Today his company had a brand presence in more than 50 countries, traded in 2 stock exchanges across the globe, and stood overall at the top of the league in India’s mid-size businesses.

With the growth of business, Anmol too became a highly intelligent person. Professionals close to him looked upon him as their mentor. Everyone sought to learn his art of interactive participation in meetings or making decisions with his kind of aptness. He enjoyed being in the middle, had an eye for detail and in the last decade became a master of running business and decision maker for every single function of his company with ease. Barring one!

When he graduated from the famous Yale, he was typical of his age. Gadgets had started rolling out from the tech stables in the world, and he was crazy about them. Even today, along with boasting of shining luxurious sedans, SUVs or even watches, he had a couple of tablets, an equal number of cells, and a state of the art communication network at his home and his office. Being a fast paced guy, technology assisted him like nothing else. As for himself, he used to love being called a tech freak. Seldom, did he realised that technology would become the one thing, he would be afraid of. For some, it was difficult to fathom – how can a tech freak lose focus, if not sleep, over technology. But it happened and still continued to be like that. The ease of using technology at a personal level, was a little metaphor as compared to using technology to ease business. Anmol was like many of his fellow well-educated entrepreneurs, who excel in all fields, but get stuck right at the letter T. Despite having made a fairly good amount of investments in IT, on- boarding a strong tech team, he was still witnessing his employees not being able to leverage IT well! Too much of costs were being spent on IT and no one was exactly clear about the actual value of IT to business.

But did Anmol or his company lack a particular technology, or a particular way in which he shall have invested in IT? Probably NO. For some, it may be a failure of the IT team in his company, but looking myopically, most often than not, this is never the case. The problem remains somewhere else, it is in the IT ecosystem. This is the new age IT. Times have changed. For 1 requirement, there are X technologies, and for each of X technologies, there are 2X options, and for 2X options, there are 4X technology vendors. What’s the golden line – everyone is perfect, and through the extensive weeks of evaluation, the ‘everyone is perfect’ element overshadows the old poor ‘requirement of the company’.

By the time the company makes a decision for a technology, most often the exact requirement never gets filled as a post implementation realization. There are stacks and stacks of technology purchased, hoards of money invested, several vendors tried, but still IT remains the only function, in most if not all, mid-size and small companies, where Anmol’s of the Corporate world struggle to get a comfort on. The short stints of meetings with IT vendors, the ‘take your call if you are sure of this’, are seen mostly as “Anmol’s are busy”. Turn around the mirror, and you will see, Anmol’s don’t trust technology. The fact remains that -“Lack of comfort in making decisions around Technology is the cause, not the time”.

I have always seen in my corporate life, failure TO act is a bigger sin than failing IN act. We don’t act because we think it is a TINA (There Is No Alternative) situation. But no more, my dear Anmol, no more. Technology can be eased, can be made an enabler to business, can come handy in business decisions, can reduce your operating cost, the only thing you need is a trusted and fair advisor who works at the business level and acts as a bridge between your business and your IT.

This is exactly where we can assist you! We enable business organisations to leverage and derive value from their IT ecosystems.