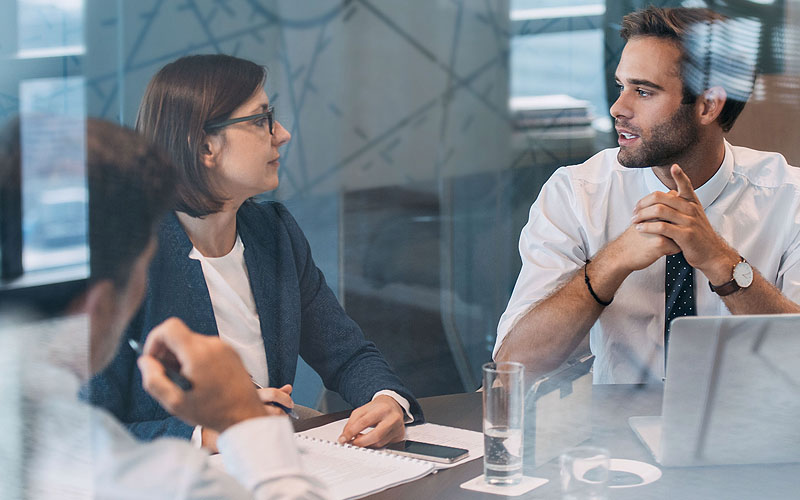 The HR Department of The Khushboo Enterprise just got over with their yearly performance appraisal process. Like always, this year too a handful of employees were ecstatic post this customary affair while the majority of them were left puzzled with various questions running through their minds. This event was equally dreaded by the employees as well as the HR department, though nobody dared to suggest a change for the better. Every person who did not make it through just wanted to know WHY???? But the HR managers being bombarded with these queries were often left dumbfounded as they ran out of reasons to pacify the employees. Everybody at the Khushboo Enterprise was used to the influx in resignations as well as the number of people sacked post this…which often spread a wave of anguish on the floor. All this spectacle because the management had imbedded the Bell in the system…. Oh! I mean the *No-Introduction- Needed* Bell Curve for performance appraisal.

The Bell Curve or also referred to as the Normal Distribution has been used in organizations for performance appraisals for quite some time now. It is a concept which needs no introduction as at some point or the other every company has reaped its benefits and not to forget the downsides as well. It is a forced rating method which typically assumes that at any given point of time the pool of employees can be clustered under three categories, namely, high performers, average performers and low performers. With the high and low performers at the extreme ends of the bell curve and the average performers making up the majority of the population standing in the middle. In most cases, this distribution goes as:

Once upon a time the Khushboo Enterprise was one of the leading FMCG companies but in recent times it has lost its stronghold in the industry. As the trend is seen, every year it loses a large portion of its workforce to its competitors after the appraisal. This indeed had been a major cause of worry for the management which forced them to investigate what others are doing differently. Gone are the days when employees were just a cog in the wheel; when financial rewards were the highest form of motivators to drive the employee performance. There has been a major paradigm shift in what exactly constitutes as performance motivators for people. For the NextGen, financial rewards are important but they solely do not make up for improving their performance. The need of the hour is to imbibe such a process which has a more holistic outlook; where the focus is also on employee improvement and development and not merely on facilitating the work performance. More of them are moving towards performance based feedback appraisal means like the 360-degree feedback which puts forth a fairer and more comprehensive depiction of the existing conditions. The focus is increasing towards clear goal settings and on providing objective and timely feedback to promote continuous improvement throughout the year rather than making it a once a year affair.

Though it is clear that a change is required but still the problem remains CHANGE TO WHAT! What are the alternatives to this forced rating method of appraisal. Some of the more inclusive method are Management by Objectives (MBO), Peer Review and 360 Degree Feedback system. MBO is a more structured method wherein the employee is rated on set Key Performance Indices and Key Performance Areas which are revised time to time. In Peer Review, the co-workers who work with an employee are requested to rate and give feedback about the employee. It is known to everyone that peers would be the best people who would have a holistic and accurate on-job information about how a particular employee does his job and contributes to the team’s success in any task or assignment. The 360-degree feedback is not just a managerial feedback that decides the rankings or ratings of an employee but the feedback from all peers, managers, HR teams and other relevant stakeholders with whom a particular employee has interactions during his job.

But…however evil this bell curve might seem it still has its share of reasons why some companies still choose to go for it. Firstly, it gives the employee a perspective about his /her own footing in the organization. Secondly, the high performers are identified and rewarded; which motivates them in turn thereby taking the organization forward. It also helps build a pipeline of talent for succession planning. Lastly, it can also aid in identifying if the under-performing employee is better suited for some other role in the company. By recognizing the training needs of the low-performers development opportunities can be created for them.

Nevertheless, the list of reasons to discard this primitive method of appraisal is longer than to retain it. This appraisal criteria comes across as being too rigid. It lacks the flexibility essential for a true and fair appraisal picture. The managers are forced to segregate employees in a true black and white manner without any grey areas in between…which is highly impractical. The ratings can also get skewed depending upon the strictness and leniency of the manager thereby offering a distorted representation. Because of the limitation to the number of people who can be put under the high performers’ category, employees who have performed very well throughout the year may be forced to be put under the average performers’ category. This can create numerous questions in the minds of the employees and managers, if unanswered, can drastically diminish the employee morale in the organization. Moreover, this method can disrupt the environment within the company as it can lead to unhealthy competition in the race to excel within the employees.

If you are an organization facing similar problems like The Khushboo Enterprise, and are planning to let go of this Bell Curve from your appraisal process this is where we can assist you. We are trusted partners at enabling change within organizations for sustainable growth for survival in today’s business ecosystem.